Analogue doorphones are still often used in a single-family and multi-family housing. Their advantage is relatively simple design and a wide selection of items such as CPU cassettes, outdoor panels and uniphones, which are offered by many domestic and foreign manufacturers. This ensures much greater flexibility and provides greater versatility in the selection of devices that comprise the doorphone.

Analogue doorphone requires the multiple wiring, in which the number of wires required for the proper operation of doorphone is proportional to the number of tenants. In return of a greater number of wires in uniphones used in analogue doorphones you do not have to use complicated decoders as well as you can also get great quality loud sound. There is no uniform standard, which work of the analogue doorphones is based on. However, there are some common standards, of which the most common is the 4+n one. On the market there is a wide range of equipment for this type of installation.

Analogue doorphones has also some drawbacks, particularly troublesome in a multi-family housing (especially in blocks), which make them being replaced of such places by digital doorphone systems. In uniphones, there is no tap blocking, so the call can hear each of the tenants. Common door release line causes that in the event of failure in one of the uniphones (e.g., jam of the button controlling a door release), it is fed continuously, so that unauthorized persons can enter the staircase. It may also lead to damage of the CPU cassette. In analogue doorphones, outdoor panel covers a large area, and calling buttons are often damaged or vandalized. 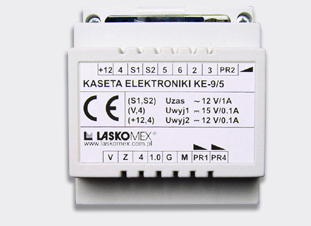 KE-9/5 electronic cassette (CPU cassette) is designed for analogue doorphones 5+n, 4+n and 3+n. It enables to build doorphone systems for any number of users, including systems with internal communication between uniphones.

This function ensures communication between two or more rooms in the building â for instance, between an apartment and garage, basement or office located in the same building. It can be used as neighbourhood communication, for example, in the building occupied by two families. Uniphones with this kind of function have an additional calling buttons, which number determines how many uniphones can work in the system with internal communication.

Internal calling signal has a different tone than the calling from the gate in order to easily distinguish the source of it. Electronic cassette casing is adjusted to be mounted on DIN rail,so that it can be easily and comfortably fitted in a standard installation box.

Electronic cassette is equipped with electronic safeguards to protect it from surges and significantly reduce the risk of serious damage to the doorphone elements during a storm. It is designed for indoor installation. It is powered with 12 V AC transformer. It works with any intercom system for multi-wire doorphone systems, e.g. BA-4/1. 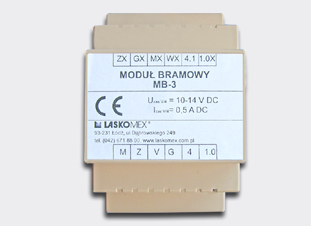 In the simplest case, the outdoor panel in the doorphone is mounted at one entrance to the building or on the premises. In some cases, the premises can be reached from two or more directions (e.g. in a tenement standing on the corner of the intersection). In such case, it is necessary to initiate communication with the same tenants of two or more entrance gates.

Then it is necessary to use KE-9/5 electronic cassette and MB-3 gate module for each entrance. MB-3 module is a device allowing for conducting a conversation with a tenant using one of the entry panels â the rest of connected panels are inactive at that time. The module also provides that door release is released only at the entrance from which the calling took place. 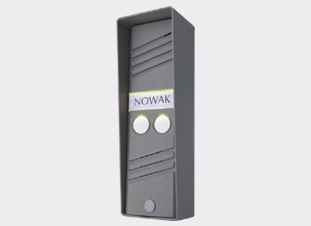 BA 5/1 and 5/2 outdoor panels are dedicated to traditional analogue doorphones. They are characterized by compact dimensions, which enable them to be mounted in places where installation of other cassettes is difficult or impossible (e.g., a narrow, metal fence post). Panel is made of resistant to corrosion materials - aluminium and galvanized steel, painted with powdery coating. It is equipped with one or two backlit calling buttons and illuminated labelling field where you can put the name of the tenant. By default, BA-5/1 and BA-5/2 panels are designed for surface mounting. If you need to mount them in the wall, you will need a BAR frame for flush mounting. Panels and frames are available silver and black.

BA-4/1 and BA-4/2 panels were replaced with BA-5/1 and BA-5/2 panels and they were withdrawn from the offer. New panels play an analogous role as the previous versions; the new panels have illuminated calling buttons.

n excellent uniphone, which is highly acclaimed by users. It is characterized by original shape, ergonomic design, small size and attractive price. The uniphone is made of white, beige or black ABS plastic; it is also available painted with a silver lacquer.

LT uniphone is characterized by compact dimensions and original design. It is adjusted to be mount on the wall, however, it works as a device designed for desktop. Button to control a door release is placed under uniphoneâs handset and you can use it only when the handset is lifted. The uniphone is available in versions with a varying number of additional buttons of internal calling. This allows you to build doorphone systems with internal communication for many users. It is available white and black.

Proven uniphone, produced for many years, with high acoustic and mechanical characteristics. It looks like uniphones used in previous doorphone installations; however, in relation to them it has modified handles keeping a handset on a base, so that they are not collapsing. Uniphone casing is made of high quality ABS plastic in three colour variations. It can be equipped with a switch to two-step adjustment of volume or turn off calling signal. The uniphone can be also equipped with an additional button used as calling in a system with internal communication or to control other device, e.g., a gate-drive.

AC power supply with 12 V and 25W. It is made in a DIN casing, so it can be conveniently mounted in a mounting box next to the electronic cassette. Power supply meets all required safety standards.. 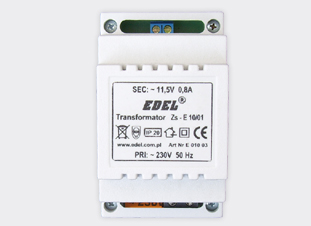 AC power supply with 12 V and 10W. It is made in a DIN casing, so it can be conveniently mounted in a mounting box next to the electronic cassette. Power supply meets all required safety standards. 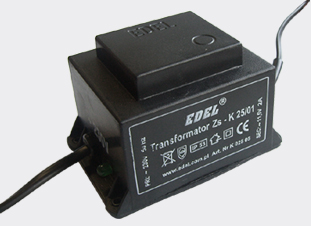 AC power supply with 12 V and 25W. It meets all required safety standards. 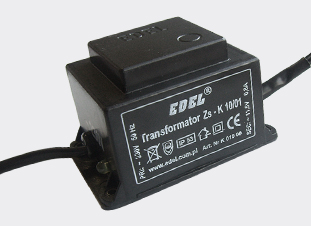 AC power supply with 12 V and 10W. It meets all required safety standards.